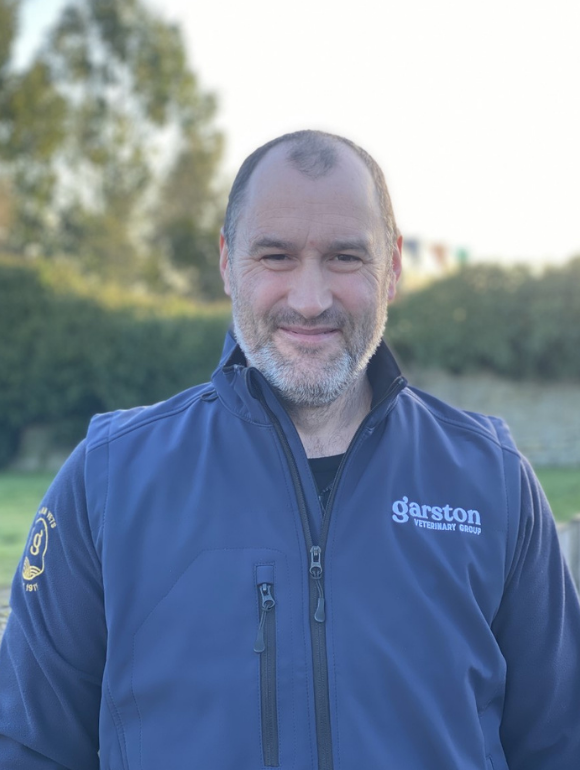 Gary grew up locally with a farming background and after leaving school went to Lackham College of Agriculture. He worked as a herdsman and relief milker for 10 years but when milk prices bottomed out in 2000 he took a career change and worked at a dairy products wholesaler for 21 years as the depot manager.

Outside of work Gary enjoys woodworking, DIY, mechanics and time with his family. 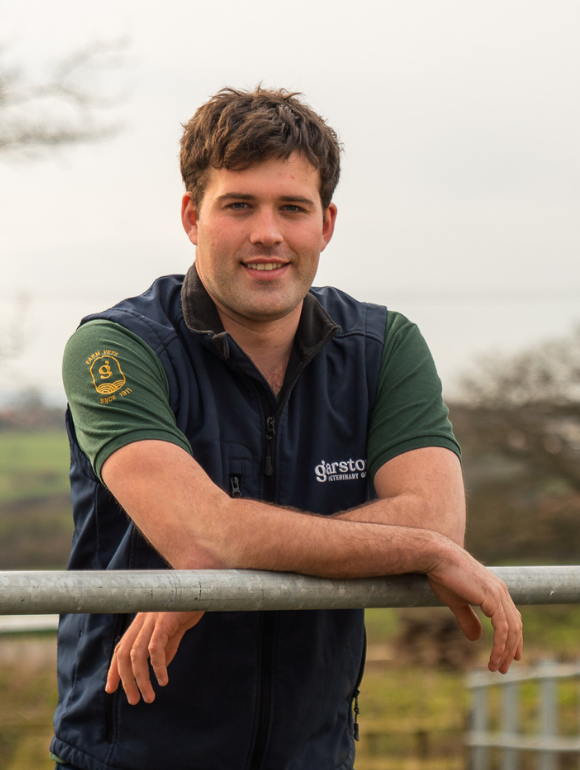 Fergus qualified from the Royal Veterinary College in 2019. He then completed an internship with the Royal Veterinary College working in North Devon for 2 years before joined Garston in 2021. Fergus has a particular interest in fertility and preventative health planning in both dairy and suckler herds as he is a local farmer’s son with a suckler herd of Aberdeen Angus.  Outside of work he enjoys playing sport and is long suffering Bath Rugby fan. 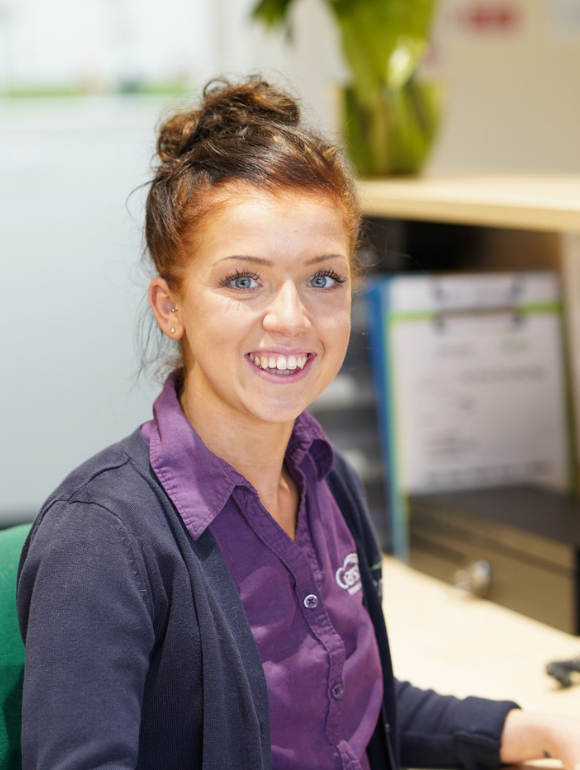 Harriet began working as a small animal receptionist here at Garston Vets in 2018, as she always wanted to work with animals since she was little. Harriet has recently moved over to the Large Animal and Equine department to be their Dispensary Coordinator. In her spare time she enjoys being out and about,  exploring the countryside with her horses and Labrador running alongside. 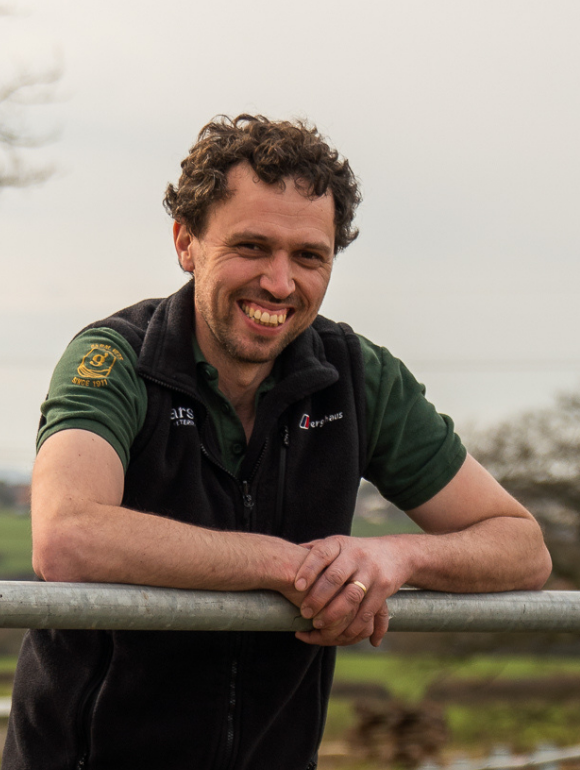 Gavin worked as a herdsman on a local dairy farm for 16 years, after which he spent 4 years relief milking.  He returned to a herdsman role for a robotic herd for a year before the Garston farm team in July 2021 and is currently training to become an Approved TB Tester.  He is married to Liz and they have 4 children. In his spare time he keeps his own cattle and chickens 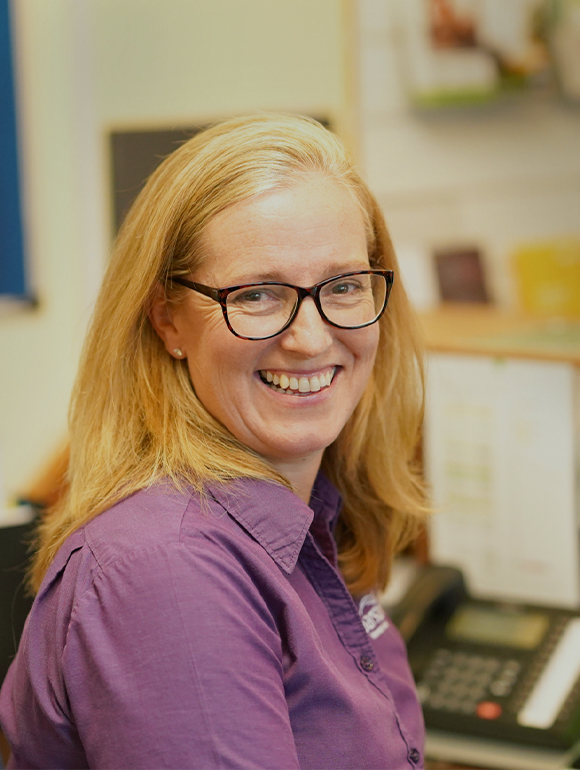 Starting in her teens, Claire worked with animals, but decided to qualify as a teaching assistant in 2003 when her children were of school age. In November 2014, she returned to a role working with animals when she joined our Large Animal reception team. In her spare time, Claire enjoys walking with her Jack Russell called Buster and riding her vintage Vespa scooter. 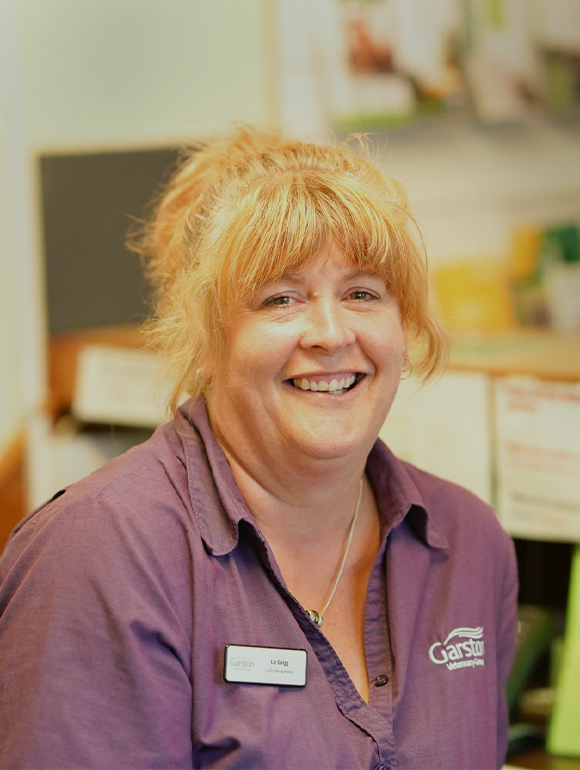 Liz joined Garston Farm Vets in Frome as a large animal receptionist in 2017. Previously working for Longleat Safari Park meant that she’d already worked with some of the Garston team, which made it a lovely, easy transition. Liz lives with her partner Andy, and they have a daughter studying agriculture at university. She has a black Labrador and 2 black cats. 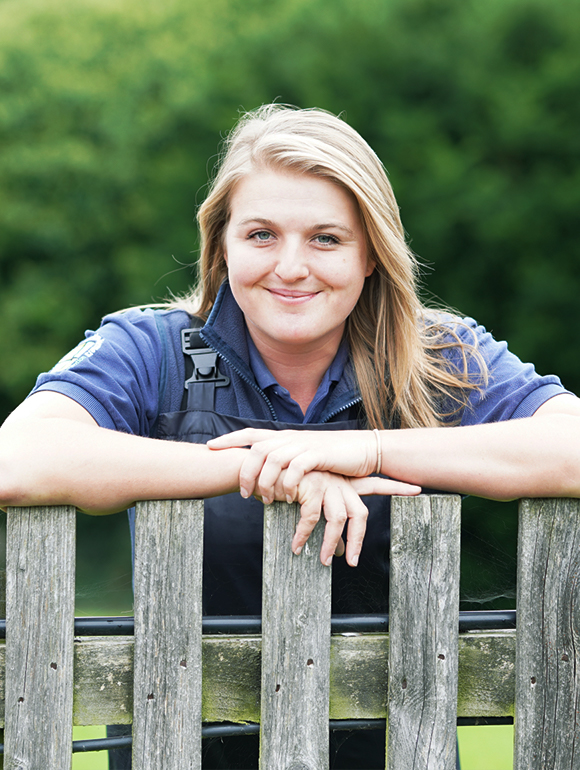 Carmen started working for Garston Vets in April 2014 as a large animal and equine receptionist, before becoming an equine assistant. In 2019, Carmen qualified as one of the first non-vet TB testers and became our dedicated Vet Technician. She can now usually be found on a farm in her wellies. In her spare time she enjoys hacking on her horses, Ash and Tara, accompanied by her two dogs, Bubba and Wally. 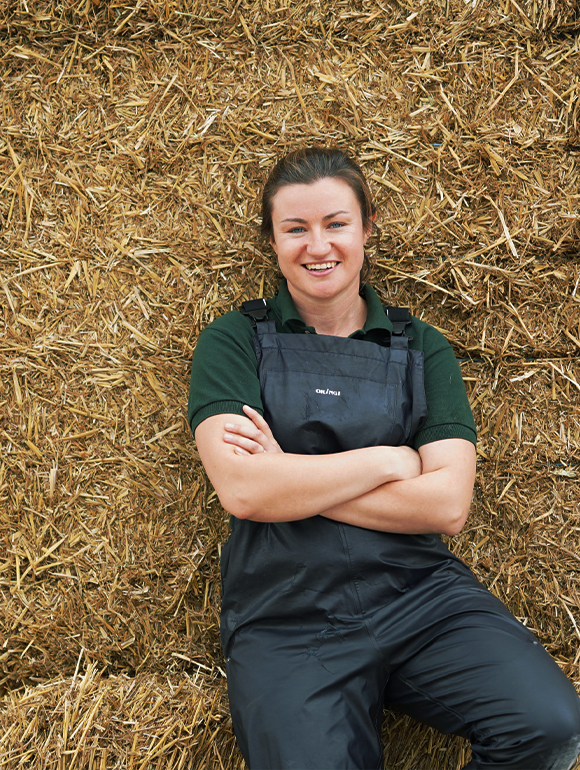 Emily graduated from the University of Bristol in 2016 and joined Garston Farm Vets in January 2017. Emily is involved in all aspects of farm animal veterinary care from dairy fertility routines to supporting smallholders, and is particularly interested in youngstock health and performance. She teaches our lambing, farm skills, and antibiotics awareness courses. Outside of work, Emily still spends most of her time outdoors, wild camping and climbing mountains with her terrier, Fig. 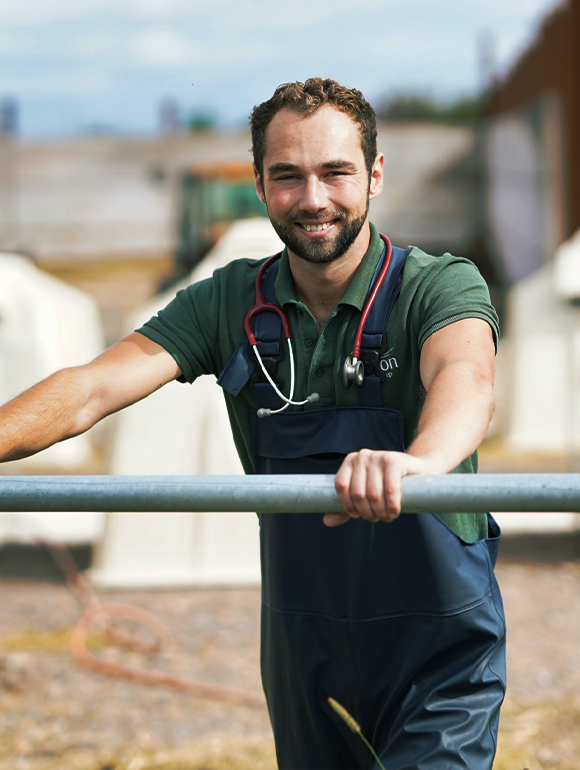 Alex graduated from the University of Bristol in 2015 and has been working at the practice ever since. He has a particular interest in Bovine Mastitis prevention and nutrition, and is our Beef Benchmarking and BVD control coordinator. Alex has completed a Certificate in Advanced Veterinary Practice, in Bovine Health and Productivity. At some point you will no doubt meet his lively springer spaniel, Rhu, who accompanies him in the car. Outside of work, Alex enjoys the outdoors and a variety of sports, and is a keen Bath rugby fan. 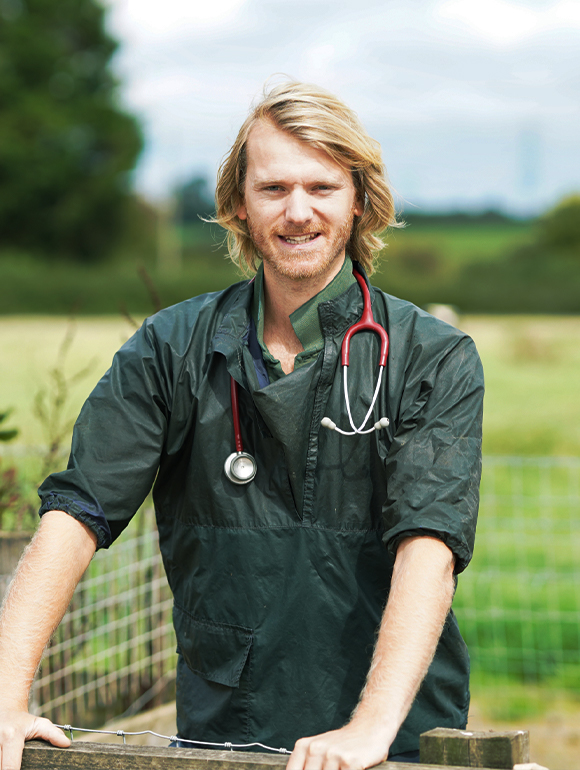 Richard qualified from the University of Bristol in 2012. After 3 years in mixed practice, he joined Garston at the end of February 2015. His interests relate to all aspects of farm work but especially mastitis control and prevention, regenerative farming and large animal surgery. Richard also regularly attends Longleat Safari Park as one of their routine vets, and is currently working towards a certificate in exotic veterinary medicine. Originally from the Isle of Wight, he is a keen sailor and enjoys heading back to spend time on the water. Outside of work he’s a very cyclist and enjoys touring abroad. Richard is the proud owner of a small flock of sheep. 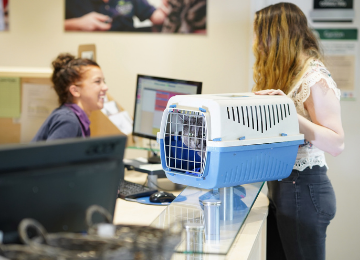 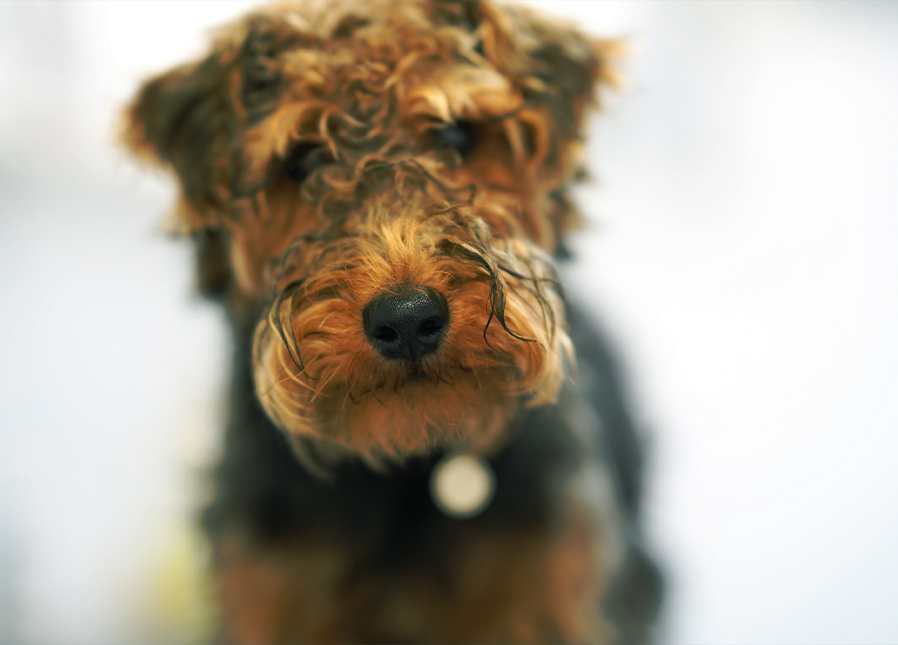 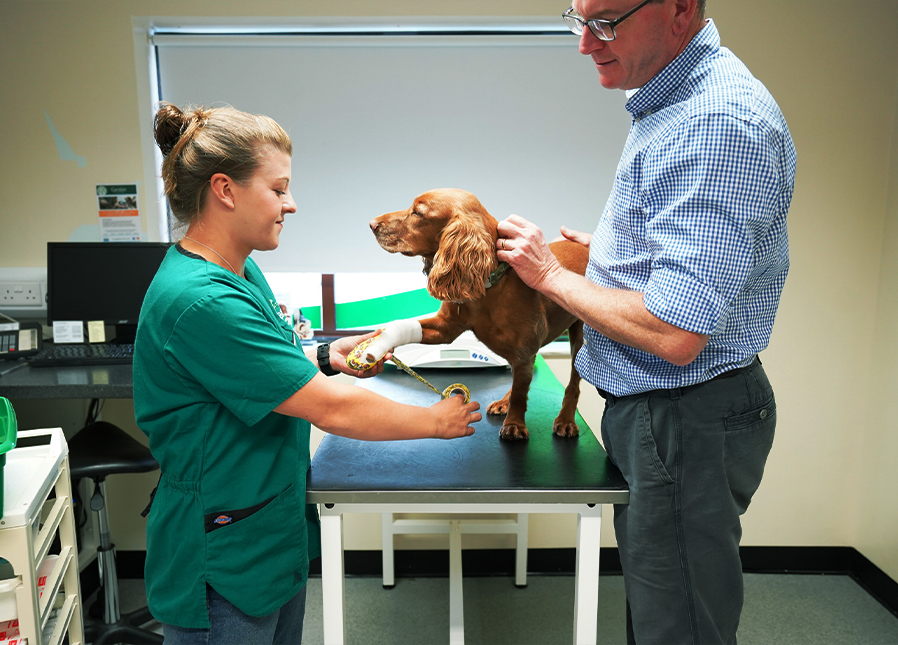 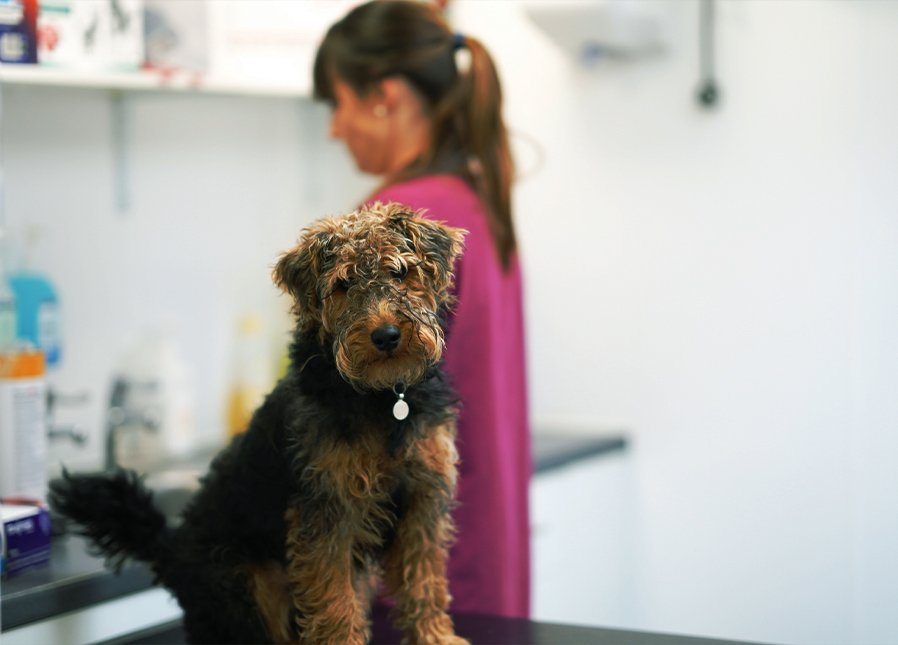